The Chinese automotive market is centrally important to Volkswagen’s electric campaign. With intensified local development work and expansion of the product portfolio, for example with the new JETTA brand from Volkswagen Passenger Cars, we want to confirm our strong position in the world’s largest individual market.

In China, its largest individual market, Volkswagen stood its ground in 2019 amid a sluggish overall market. Together with our joint ventures, we held deliveries stable and gained market share. This was particularly thanks to a successful SUV campaign: with the Teramont, Tacqua, Tayron and Tharu models, the Volkswagen Passenger Cars brand offers a large selection of locally produced SUVs, which are supplemented by imported SUV products such as the Touareg. Other vehicles such as the Audi Q2 L e-tron, Q5 and Q7 models as well as the ŠKODA Kamiq and Porsche Macan augmented the attractive SUV range.

In 2019, Volkswagen established its sub-brand JETTA in the Chinese market, thereby increasing its market coverage. JETTA has its own model family and dealer network. The JETTA brand is focusing particularly on young Chinese customers striving for individual mobility - their first own car. JETTA launched very successfully in the reporting year with the VS5 SUV and VA3 saloon.

As a global driver of mobility, the Chinese automotive market is centrally important to Volkswagen’s electric campaign. Pre-production of an ID. model started at a new SAIC VOLKSWAGEN plant in Anting in the reporting year. This plant was built exclusively to produce all-electric vehicles based on the Modular Electric Drive Toolkit (MEB). Series production with an annual capacity of 300,000 vehicles is due to begin in October 2020. Together with the FAW-Volkswagen plant in Foshan, this will take future production capacity to approximately 600,000 MEB-based all-electric vehicles a year. By 2025, it is planned to increase local production in China to 15 MEB models from various brands. In the reporting year, Volkswagen Group China was already able to offer its Chinese customers 14 electrified models.

Our joint ventures produced a total of 3.9 (4.1) million vehicles in fiscal year 2019. The joint ventures produce both established Group models and those specially modified for Chinese customers (e.g. with extended wheelbases), as well as vehicles developed exclusively for the Chinese market (such as the Volkswagen Lamando, Lavida, New Bora, New Jetta, New Santana and Teramont).

The proportionate operating result of the joint ventures in the reporting year stood at €4.4 billion. The negative impacts of more intense market competition and higher research and development costs were offset by improvements in the mix and product cost optimization.

The figures of the Chinese joint venture companies are not included in the operating profit of the Group as they are accounted for using the equity method. Their profits are included solely in the Group’s financial result on a proportionate basis. 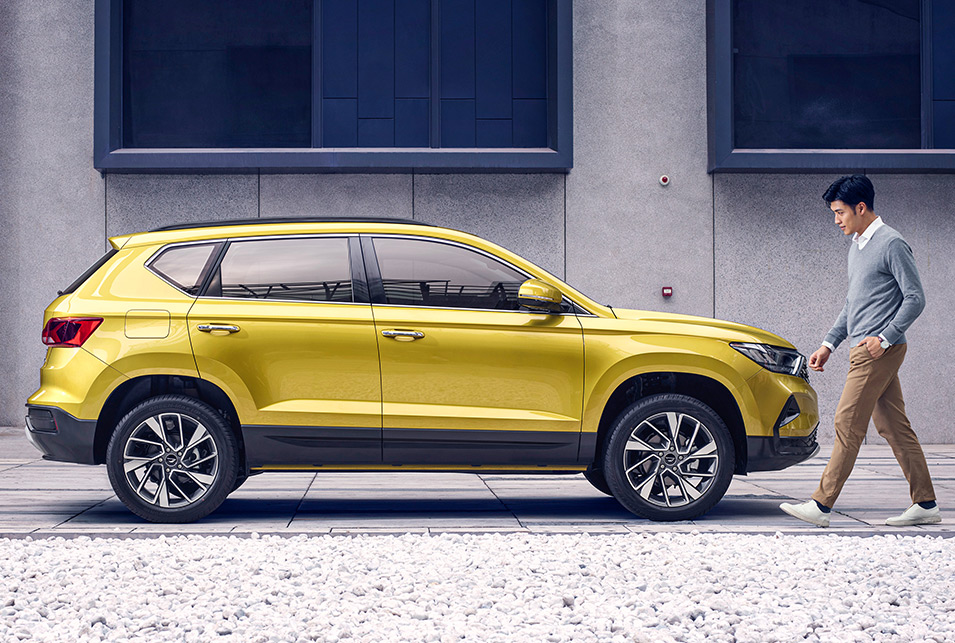